Skip to Content
Home News The most desired role in Hollywood: Playing Madonna

The most appealing role to young actresses right now is that of Madonna. Everybody, from Emmy nominees and Oscar nominees to actresses signed to the part, has been seen. Some even advanced to what could best be described as Madonna Bootcamp.

Carmen Cuba, casting director, is searching. The list has been narrowed down over several months. Julia Garner, Florence Pugh, and Euphoria star Alexa Demie are all still available, and Odessa Young (Mothering Sunday), newcomer Emma Laird. Bebe Rexha, Sky Ferreira, and other musical artists were also part of the search. The latter has appeared in Edgar Wright’s baby driver and the Twilight Zone series.

According to one representative who knows some of the auditions, the audition process is “grueling.”

Some of these auditions have been ongoing for months.

One person familiar with the process says, “You must be able to handle everything.” Sources say the project will culminate with the 1990 Blonde Ambition, a landmark tour. However, this could change as the script develops. The audition process was lengthy, and the potential star still needed to train hard for a possible start date.

To keep the rights, musical biopics often involve their subjects or relatives. Elton John was the executive producer of Rocketman. His husband, David Furnish, produced the film through Rocket Pictures. The upcoming Bob Marley biography at Paramount will have the children and wife of the late singer on board to produce. Madonna’s participation — she is the subject and co-writer and the director — is especially noteworthy.

“I’m doing this because many people have tried writing movies about me, but they’re always male,”

Madonna stated in October. (Brett Ratner’s RatPac was previously attached to produce a biopic on the singer for Universal based upon the 2016 Black List script Blonde Ambition.

In 2020, Madonna would direct a Universal biopic and write the screenplay with Oscar-winner Diablo Codey. Amy Pascal will be producing. Cody has now left the project. Erin Cressida Wilson, Secretary, and The Girls on the Train have taken over co-writing duties. Madonna is an iconic role for any actress. Universal will distribute it.

Thanks to Madonna as its subject-director, it will be a big hit with many people. But unfortunately, while the biopic is still developing, the studio has not given the green light. The studio is keen to see the film, but it usually waits for a final script, budget, and cast before granting the go-ahead. Therefore, the final casting of the Material Girl is a significant consideration. 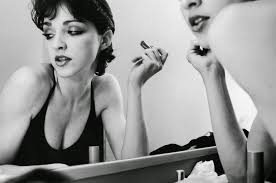